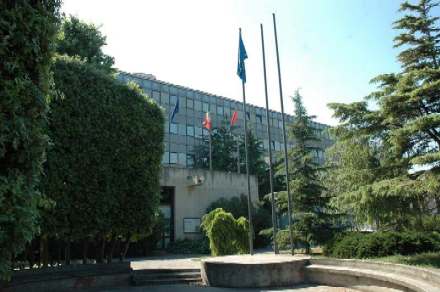 The territory of San Benedetto del Tronto is not particularly vast, consisting of just 25.65 sq km, 40% of which is flat (along the coast and the valley of the river Tronto), while the remainder gently rises from the coast to the hills and reaches a maximum height of 283 mt. above sea level. It has an 8.5 km long seafront and its development, gradual and spontaneous at the same time, is to be attributed to its relationship with the sea.

However saying San Benedetto del Tronto does not simply mean saying sea, port and fishing. San Benedetto, is in actual fact a modern city enclosing its "core of history" in an urban dimension within everybody's reach; above all it is the city of palm trees with more than 8000 specimen situated in public areas and decorating private gardens. It is exactly in this territory, thanks to the mild climate, where the coast is protected by numerous hills arranged in a semicircle, that tropical fauna flourishes.


The historical heart of San Benedetto del Tronto is a combination of:
"Paese Alto", a smail built-up area on a hill, that was once close to the sea;
"Quartiere Marina", today undoubtedly the real city centre;
The ancient complex of the Port of Ascoli.
The city centre presents quite a linear urban structure, as the layout of the village has been kept on the whole, despite the fact that many houses and buildings have been completely restored and modernized. The number of "low" houses in typical maritime style, characterizing the old settlement of fishermen, can really be counted on the palm of a hand (resulting in a contrast between the small low houses and those pretending to reach up the sky, despite keeping the outer dimensions rather modest).

Porto d'Ascoli, whose territory was acquired in the thirties by the Municipality of Monteprandone, keeps until nowadays the remains of the ancient maritime garrison of the city of Ascoli, clearly represented by an old "Guelph" tower of the fourteenth centurv and by a seventeenth century military station functioning as port customs and controlling the old borders between the Papal State and the Kingdom of Naples.

There are lots of cultural, social and sports clubs together with a large number of museums in the city.